When you exercise, your brain releases chemicals called endorphins that produce a feeling of euphoria – the so called “runner’s high” that people can become chemically addicted to.

Without it, you feel irritable and out of sorts till you exercise again. So you go on exercising, never stopping to listen to what you body is saying. And what its saying is, “Stop.”

The reason exercise addicts keep pushing themselves probably lies in what happens when they don’t work out. Psychologists at the University of Massachusetts at Boston studied the psychological consequences of being unable to exercise. They compared 30 male and female runners who had been laid low by minor injuries for at least two weeks, with a similar group who continued to run. Those who could not run displayed more signs of depression, anxiety and confusion, and they were far less happy with themselves and their bodies. Like other addictions, exercise, they say, appears to have withdrawal symptoms.

Of aches and pains

Over indulgence doesn’t harm only the mind, but the body as well. Initially, the exercise will do what it’s supposed to, give you a fit body but once you cross the line, it can get lethal. Muscle damage, osteoarthritis, heart problems they’re all waiting to make an appearance.

The body has its limitations and if you push it beyond that limit, you will harm yourself.

Obsessive exercise tends to happen among new exercisers, people who have only just started working out. So keen are they to get fit that they overstep the limits.

The initial signs of unaccustomed exercise can be exhaustion, but that leads to a build up of fatigue. This can do “irreparable harm to the body.”

It isn’t only muscles that are at risk, so are bones. Some “recreational” athletes push themselves to the point of injuries such as shin splints or stress fractures, and then refuse to rest, causing greater and perhaps permanent damage.

Even a morning walk is not without risk. Too much walking can lead to osteoarthritis.
When you’re walking, you are working against gravity. So more than exercising your muscles, you are harming your knee joint. A lot of patients who walk up to an hour everyday come up with complaints of aches in the knee. In fact, jogging also harms the knees. Too many sit-ups can also hurt. More than 10 a day can weaken the spine. Moderation, as usual, is the key.

You should begin gradually, and combine different types of workouts, something that obsessive exercisers forget. A complication factor with people who get hooked to exercise is that they tend to perform the same workouts day after day, further increasing the chances of permanent damage.

Never work out so much that you feel completely exhausted at the end of it. About 45 minutes to and hour, four to five days a week, should be your limit. Your workout should leave you feeling fresh and energetic. And make it a pint to take a day’s break every week. This is important because your body needs to relax and rejuvenate.

The key to achieving this lies in your attitude. Exercising is the way to healthy life. So if you do it only to please yourself when you stand on the weighing machine, you defeat the whole purpose of the exercise. Felling healthy should be the priority. So stop fighting with your own body and you’ll be a happier person. 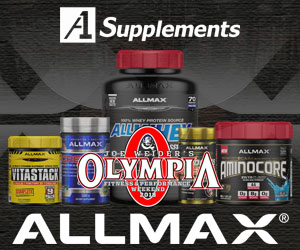