Hydrating, like diet, is extremely important in fitness and in sport in general. If the body does not get enough calories during physical effort, it can take them from its own ‘deposits’ of adipose tissue, or even from the muscular proteins; but when water is insufficient, things are much more complicated and there are bigger risks for the body.

Water is involved in all the metabolic processes, so not providing the body with enough liquid can have as a consequence perturbation of the bio-chemical reactions, which directly influences the effectiveness of the training and even the practitioner’s state of health.

Physical effort, especially the aerobic one, leads to dehydration through perspiration (which regulates the temperature of the body, preventing over-heating). There is a very strict rule which imposes drinking water (liquid) before, during and after physical effort. Besides regulating the body temperature, correct hydrating helps eliminating the toxic substances resulted during and after the training (urea, sodium, etc.) easier; hydration acts like a ‘means of transport’ through perspiration and urine. Thus, the metabolism of blood sugar, lipids and proteins is developed in good conditions, ensuring contraction force for short time and especially for resistance efforts.

There is also the opposite of dehydration – over hydration, due to excessive consume of water. In this situation, besides the inconvenient of very frequent urination, the blood vessels are overloaded and this leads to making the work of the heart, which must provide a much too big volume of pumping, more difficult. As a consequence, the effectiveness of the training is hindered and the sport performance does not get to the expected level. The sensation of ‘heavy body’ can also appear for the practitioner of common fitness.

As for the type of liquids, the sportsman must supervise the level of effort which produces dehydration and melting of the glycogen reserves. Besides water, the practitioner can use isotonic drinks, (which have an electrolytic composition similar to the one of the body) or liquids containing sugar easy and quick to absorb by the body (fructose, glucose, dextrose, etc.). All of these can contribute to fast restore of the glycogen reserves of the body. It is advisable to drink the liquids in small and frequent doses, so that the body assimilates them better and they do not briskly overload the body during effort.

Both in over hydrating and in dehydrating, there is the risk of ‘putting to work’ too much the renal excretory function. Over hydrating can have as a consequence significant elimination of electrolytes, which are precious for the body (potassium, sodium, iron, zinc, etc), and they need to be replaced from sources as natural as possible (fruit, vegetables, mineral water, etc.). In case of dehydrating, the volume of urine will be severely diminished because the body will try to retain mineral salts and vitamins. Besides unwanted deposits, renal lithiasis, gout, etc., a very severe consequence of this effort of the body to retain liquid is renal blocking.

Correct hydrating involves a certain discipline, which means that liquids must be consumed repeatedly during the day, not only during physical effort. A person must not get to feel thirst. This is only a very late alarm, signaling that the right quantity of water has been missing from the body for a couple of hours. Except while eating and immediately after, in order not to perturb digestion by excessive diluting, a real prophylaxis of dehydrating and over hydrating can be made through correct, constant and preventive consume of liquids. 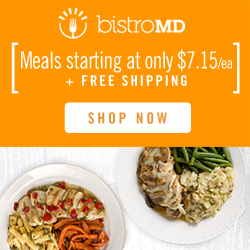