There are no reviews yet.

Only logged in customers who have purchased this product may leave a review.

It’s a small town news studio with the most unprofessional “professionals” in the business, where the short filler broadcast is more entertainment than serious news.

The news, which is compiled by unpaid interns, is delivered by Rod Fritz, a narcissistic news anchor who lacks internal filters while on air, and the field reporter, Kate, who is a severe germaphobe. With the weather being delivered by the handyman and the untalented camera guys thinking they can produce “interesting” news, it’s a setting for a chaotic debacle.

The corporate owners, who are making money off the chaos, keep the studio underfunded and staffed with unqualified personnel to capitalize on the entertainment value with DVD’s, t-shirts, even action figures, while letting the crew, particularly Rod, believe they are news pros.

The basic sitcom format remains, broken into sections like the cold open, acts 1, 2, 3, and ending. Most elements that you would find in a screenplay have been removed, such as camera angles, scene information, and crew notes. 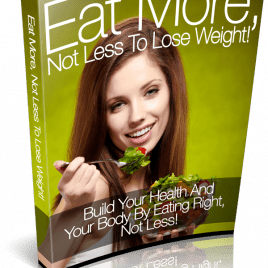 $0.01 Cashback
As a person just like you who has struggled with bettering my health, I have searched high and low to find the best strategies to fix this problem and I am fully qualified and equipped to help you put an end to your frustration with trying to wade through all the info you need to know to lose weight! This powerful guide will provide you with everything you need to know about eating the right food and see yourself getting towards your ideal weight .
not rated $0.99 Add to cart